Mayor Barry Is Back 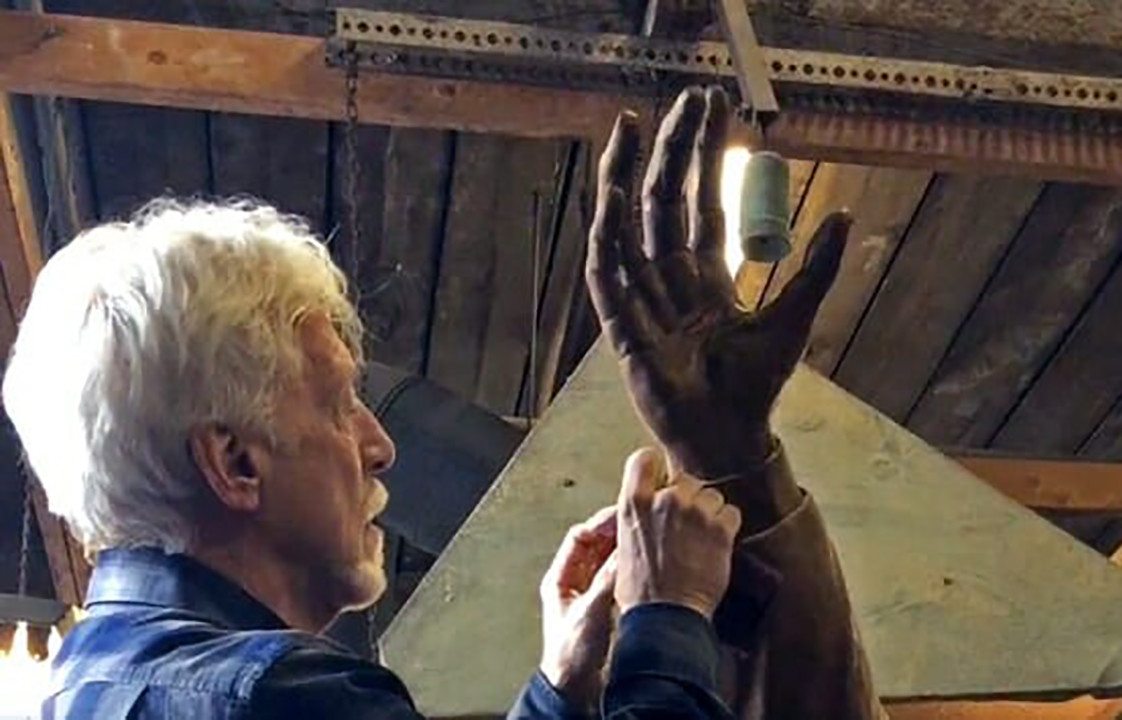 Mayor Barry Is Back

If Marion Barry cut a larger-than-life figure in city politics for 50 years, get ready for his next act. Barry is back. Scores of critics will be inflamed anew, his supporters happy to see their old friend Boss Barry again.

Newer residents of the city may not understand what all the fuss is about.

An elaborate ceremony Saturday morning will unveil an 8-foot-high, life-like statue of Barry in a classic pose: hand up waving to the crowd, a confident hitch in his step, sporting his prized snakeskin shoes.

The statue will stand—no, it will command—the northeast corner of the John A. Wilson Building, the city government headquarters at 1350 Pennsylvania Avenue NW. And its presence on America’s Main Street is permanent, just like the ongoing divide about Barry. Was he a good mayor who did too many bad things, or a bad mayor who did some good things?

When Barry died in November 2014, the New York Times summed up our local politician known worldwide.

“Mr. Barry was a charismatic yet confounding politician,” the Times wrote. “Admirers saw him as a Robin Hood who gave hope to poor black residents. His detractors saw a shameless rogue who almost ruined the city by stuffing its payroll with cronies and hacks and letting services decay. Indisputably, he was a political Lazarus with a gift for convincing his followers that their hopes and disappointments were his, too.”

Barry’s political career was interrupted in 1990 by his misdemeanor conviction for cocaine drug use and the six months in prison that followed. In 1992, a renewed Barry won a Ward 8 Council seat. Then, improbably, he won the mayor’s office for a fourth time in 1994, his supporters gleefully waving signs and shouting, “Barry’s Back!” He later won the Ward 8 Council seat yet again, serving until he died.

When the statue was first announced more than a year ago, one person tweeted that he’d place a crack pipe in Barry’s hand if the statue went up. He wasn’t alone in his disdain.

Opinions of Barry are as sharply drawn as the cut of his statue’s suit.

From his civil rights activism to his first election as mayor in 1978, Barry had opened all levels of the local government to the city’s majority African-American population that largely had been bit players in city politics. Barry’s policies helped jump-start redevelopment of downtown Washington in the 1980s, a precursor of the development still sweeping the city today.

His summer youth jobs program gave new opportunities to tens of thousands of young African-Americans. When confronted with managerial problems—some youths didn’t show up and got paid, other youths showed up and didn’t get paid—Barry shrugged off the critics, pointing to the overall good achieved. Current Mayor Muriel Bowser last year named the summer jobs program for Barry. Bowser also established the legacy commission that led to the statue. She’ll speak at the statue dedication on Saturday.

A few dozen veterans of the Barry years recently crowded into the Prince George’s artist studios of sculptor Steven Weitzman to see the finished project at a private reception. No photography was allowed.

Weitzman seems to have gotten Barry spot on. The small crowd applauded with warm recognition of the man so influential in their lives, now looming over them in classic bronze. The District government budgeted $300,000 for the statue. Weitzman was paid $50,000, and the remainder went to his materials, site work, and guiding the project through the lengthy local and federal approvals needed. It was the federally appointed Commission of Fine Arts that recommended the statue be 8 feet, not 6.

Cora Masters Barry, who was separated from Barry but still married to him and advising him when he died, helped oversee the creation of the statue. She carried Barry’s suits and shirts, his watch and shoes to the sculptor in the early process. She made frequent visits to the studio, invited to offer guidance on Barry’s facial expressions.

Weitzman, an accomplished sculptor, did the Frederick Douglass statue that represents the District in the halls of Congress. Still it will be unique to have a black man’s statue so prominent on Pennsylvania Avenue, where millions of tourists and presidential inaugural parades pass by.

Of more than 100 exterior statues in the District of Columbia, only a few commemorate African-Americans, including Martin Luther King Jr., Duke Ellington, singer Chuck Brown, Mary McLeod Bethune, and Carter G. Woodson. None but King will be as visible as Barry standing between Congress and the White House.

Barry joins one other nearby statue, Alexander “Boss” Shepherd, who stands on the western corner of the Wilson Building. That statue has its own tale. It had been removed from the front of the building in 1979 by Barry himself. It was replaced in 2005 after a public campaign led by local historian Nelson Rimensnyder and the Association of Oldest Inhabitants of D.C. (AOI).

Shepherd was a post-Civil War local official and territorial D.C. governor who nearly bankrupted the nation’s capital with aggressive spending on infrastructure. But his bold modernizing of the city streets dragged D.C. into the next era.

On Saturday, Pennsylvania Avenue NW will be closed off around the Wilson Building. The 11:30 a.m. ceremony will feature singing and tributes. It’s time, Cora Barry says, to solidify Barry’s place in city history. The statue certainly will do that as it rekindles the endless argument about him.