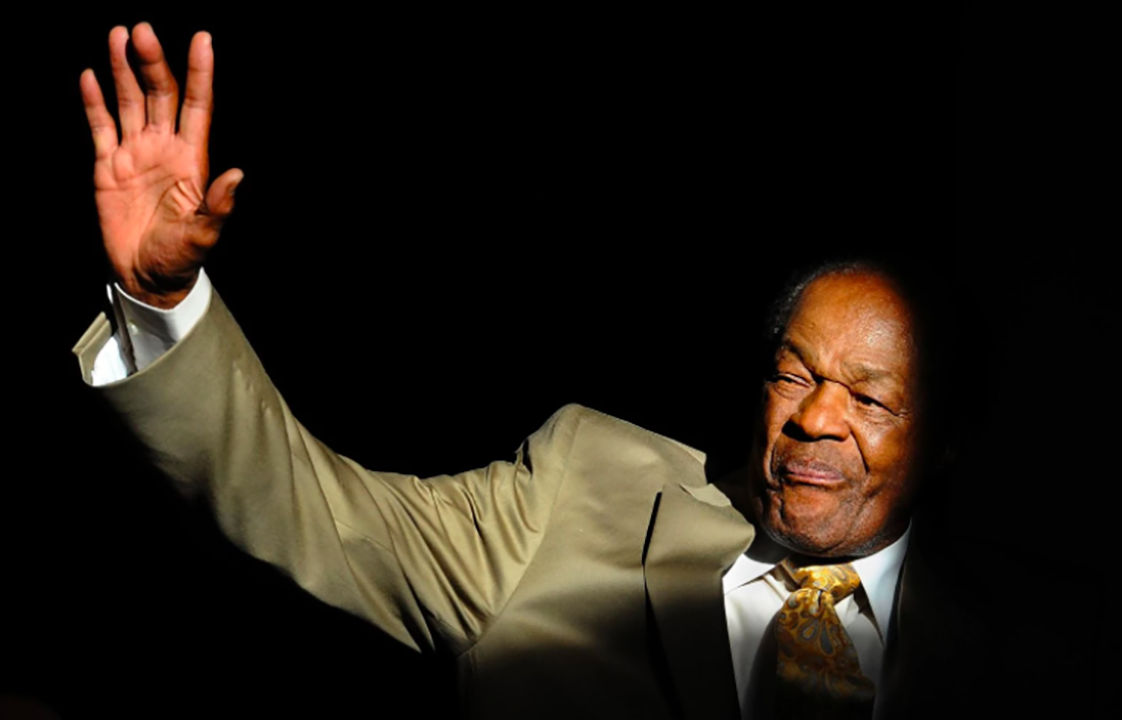 By Paul Schwartzman November 7, 2017 Email the author
As much as anything, D.C. is a city of magisterial memorials to the dead.Washington, Jefferson, Lincoln — even Sonny Bono — are among the many who have inspired monuments of one form or another after drawing their final breaths.

Now add Marion S. Barry Jr. — he of four mayoral terms, three council terms and one infamous crack bust — to the list of those destined for sculpted immortality.

The D.C. Council on Tuesday preliminarily approved a plan to erect an 8-foot-tall bronze statue outside city hall in Barry’s honor, placing a likeness of the District’s most famous local politician on Pennsylvania Avenue NW, a couple of blocks from the White House and on one of the city’s best-known boulevards.

For Barry’s many admirers, who recall his pugnacious advocacy, the honor is a fitting legacy for a man known to generations for civil rights battles, building the city’s black middle class, providing opportunities to minority contractors and creating a summer jobs program for District youngsters.

Julius Hobson, who served with Barry (D) on the D.C. Board of Education in the early 1970s and as his adviser when Barry was mayor, said his former boss helped begin the evolution of what was once a municipal backwater into a progressive metropolis.

“Culturally, he set the tone to get us to think like a city — like any other city in the country, even though we don’t have the voting rights,” Hobson said. “He changed the mind-set of a town that wasn’t dependent on the federal government.”

As with many issues involving Barry, the idea of honoring him did not elicit universal enthusiasm, particularly for those well-acquainted with his scandals, including Joe DiGenova, the former U.S. attorney in the District who prosecuted members of Barry’s administration.

Asked about the District’s plan to erect the Barry statue, DiGenova said, “The notion of it takes my breath away.”

He declined to elaborate.

Barry, who died in 2014 at 78, was the District’s second mayor, serving three terms from 1979 until 1991. His reputation as a political giant was tarnished when federal agents in 1990 caught him smoking crack cocaine, after which he was sentenced to six months in prison.

[Timeline: The life of Marion Barry]

Following his release, he won a seat representing Ward 8 on the D.C. Council, using the slogan, “He may not be perfect, but he’s perfect for D.C.” He defeated incumbent Mayor Sharon Pratt Kelly in the 1994 Democratic primary and two years later won a fourth term as mayor. During that term, the District’s finances were taken over by the federal government.

In 2005, Barry was again elected to the D.C. Council representing Ward 8, where he lived and served until his death.

“He was also a visionary and a servant leader,” Gray said.

The proposed memorial is being created by sculptor Steven Weitzman and scheduled for final approval by the Council at its next meeting. It is to be delivered in February.

Sandra S.S. Seegars, a longtime Ward 8 activist, said she supports the creation of the Barry statue, though she said her enthusiasm is tempered by her awareness of his personal foibles.