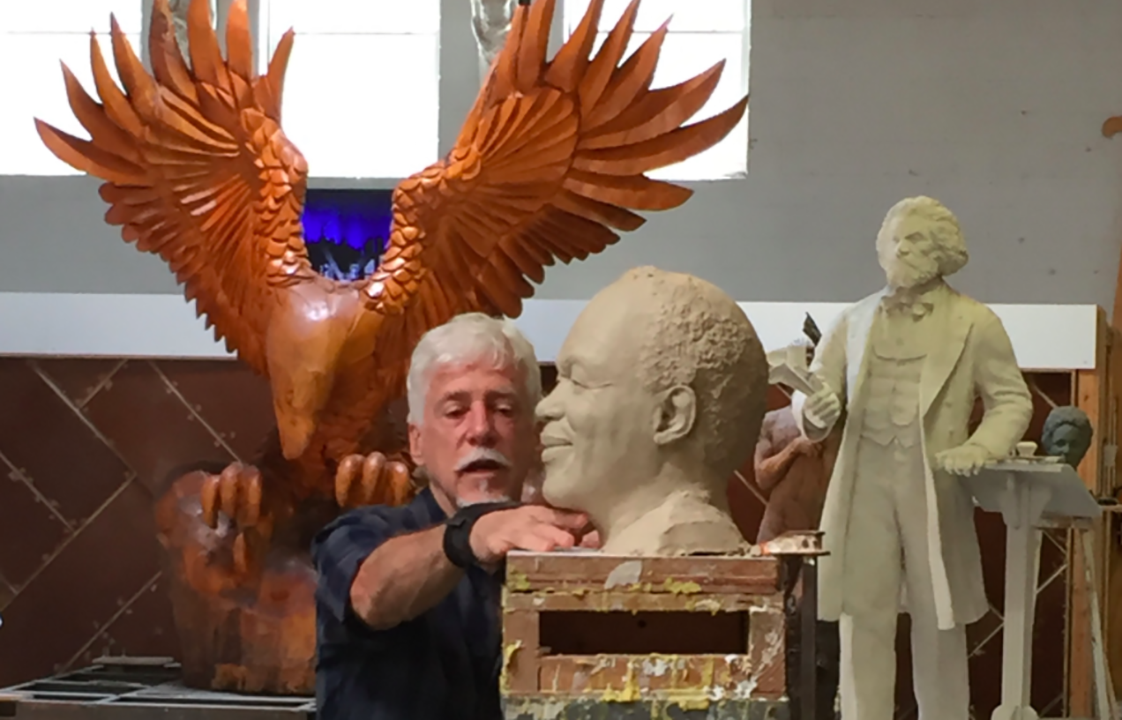 The memorial statue of D.C. “Mayor for Life” Marion Barry is one step closer to completion.

Weitzman Studios in Maryland created a full-body 8 foot clay model of the former mayor, councilmember, and civil rights leader, who died in November 2014 at the age of 78.

As first reported in WTOP, the photos from Weitzman Studios show Barry with a wave and a smile, besuited with snakeskin shoes on his clay feet. That clay model will be turned into a mold used for casting the final bronze version.

“I wanted to create him in a gesture that greeted everyone that would come,” artist Steven Weitzman told NBC 4.

The D.C. Commission on the Arts and Humanities is in charge of the project, which was commissioned by the Executive Office of the Mayor with help from the Marion Barry Commission. The bronze statue will be on permanent display outside the John A. Wilson Building on Pennsylvania Avenue.

The memorial is projected to cost around $300,000, according to WJLA.

The unveiling is slated for Barry’s birthday, which is March 6.