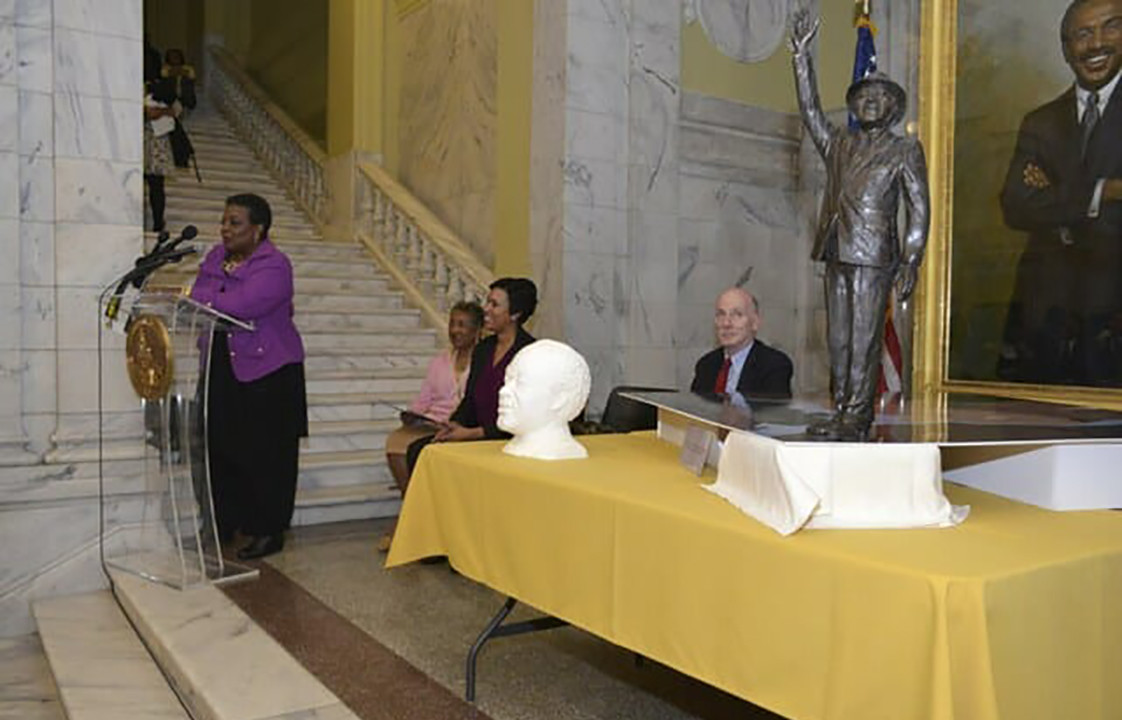 The replica of a statue of former D.C. Mayor Marion Barry — who was known as the city’s mayor for life — was unveiled at the John Wilson building on what would have been his 81st birthday.

Mayor Muriel Bowser and members of the D.C. Council joined Barry’s family members and friends on March 6 to unveil a model of the former mayor that will one day be a nine foot figure standing outside City Hall.

“It is important to keep the memory of Marion Barry alive,” said Cora Masters Barry, his widow. “This is just the opportunity for the city to memorialize his contributions.”

Barry and Mayor Bowser have worked together to keep the former mayor’s legacy alive since he died on Nov.23, 2014. In 2016 Barry unveiled a headstone and memorial at her late husband’s grave at Congressional Cemetery in Southeast.

The D.C. Commission on the Arts and Humanities is managing the project that is expected to be completed in 2018, and according to Barry the two artists selected to finish the models are Steven Weiztman and Vinnie Bagwell.

Ramone Baine, a spokesperson for the family, said that along with the statute, a poster of the late mayor’s legacy will be made into a medallion.

Barry’s political career in the District began in 1971, after he was elected to the city’s first school board. In 1974, Barry won a seat on the D.C. City Council. He was reelected to the D.C. Council in 1976, and two years later, hr became the second mayor of the city, serving, in that position, until 1990.

Even though Barry was arrested in a FBI sting and served time in federal prison for drug use, he returned to D.C. politics in 1992 by winning a seat on the D.C. Council and in 1994 he became mayor again.

Barry retired from politics in 1998, but then decided to run for the Ward 8 City Council seat in November 2004 and won. He held this seat until his death in November 2014.