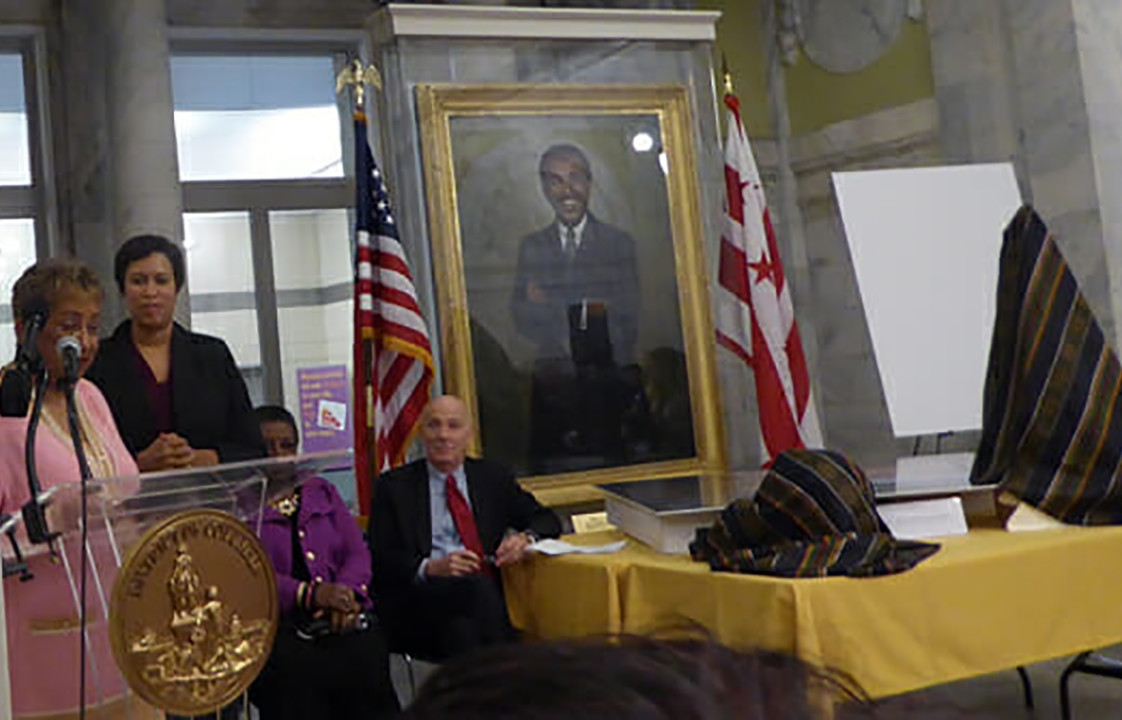 A couple hundred people gathered Monday at the John A. Wilson Building to celebrate the anniversary of Marion Barry’s 81st birthday and to view early concepts of his monument.

Mayor Muriel Bowser reminded everyone of the multitudes of Washingtonians that Barry helped during his 50 years of service to the city. She encouraged everyone to mark the day by enjoying a fond, funny, outrageous memory of Barry.

Council Chair Phil Mendelson spoke about the consummate politician who was an able ally or opponent depending on the issue at hand. Ward 8 Council member Trayon White spoke to Barry’s ability to connect with multiple generations, stating that he, his son and grandmother had relationships with, and stories to tell about Barry.

The DC Commission on the Arts and Humanities has been executing a process to create a monument to Barry. Early concepts developed by artists selected from a competitive process were revealed on Monday. In the next year, the concepts will be refined and the site selection process will be completed. The bust is an example of detail that will be included in the statue.

Cora Masters Barry thanked Mayor Bowser for her support from Barry’s passing through the present day. She also recognized and thanked the Barry Commission and Barry Legacy Foundation for their work. She recognized the Arts Commission for their efforts and invited everyone to review and comment on the monument concepts.

At least 200 people turned out Monday to mark what would have been Marion Barry’s 81st birthday. (Washington Blade photo by Marvin Bowser)