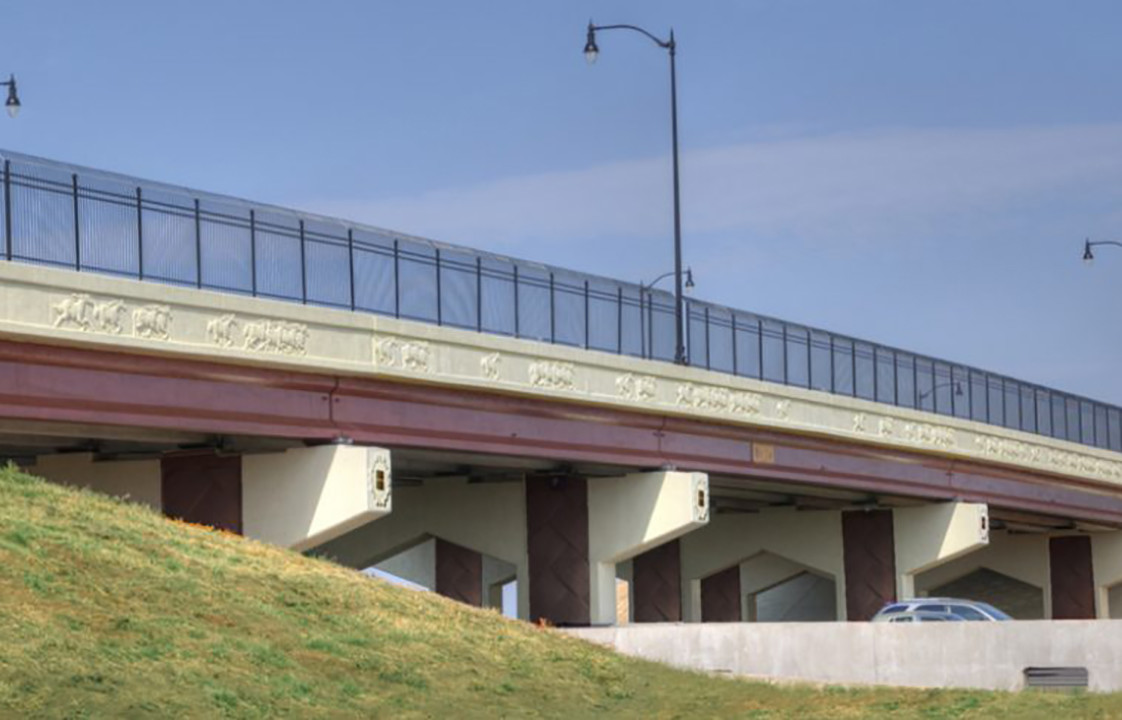 O’Leary addressed the topic of construction along Interstate 35 at the Main Street intersection. The upgrade project, which will go as far south as the State Highway 9 interchange and north of the Indian Hills Road area, will be ongoing for at least six years.

Currently under construction is the Main Street interchange. Known as a SPUI (single point urban interchange), the new intersection is designed to use space more efficiently and allow for the safe movement of higher volumes of traffic within a limited space. Transportation officials report that these interchanges safely maximize the flow of traffic where streams of traffic merge or separate.

“Bear with us; it’s coming along pretty well,” O’Leary said of Main Street and I-35 upgrades.

Artistic enhancements at I-35 and Main Street will depict the Land Run of 1889, along with other embellished concrete bridge elements. Other betterments at the exchange include overhead lighting, fencing and sidewalks. Landscaping will be maintained by Norman, and the words “City of Norman” etched in concrete will welcome visitors to the city.

Planned enhancements at other bridges along I-35 are part of an overall design strategy for Norman. The city council appointed a group
of 11 Norman residents to serve on the I-35 Aesthetics Working Group to develop conceptual designs for bridge enhancements.

The Department of Transportation partnered with Norman, Art in Public Places and Creative Design Resolutions Inc. to develop the thematic
approach to five new bridges and two retro-fit bridges in Norman as well as another new bridge at I-35 and State Highway 9 West, south of Norman.

The new bridge at Rock Creek Road features horses in motion as part of the adopted aesthetic.