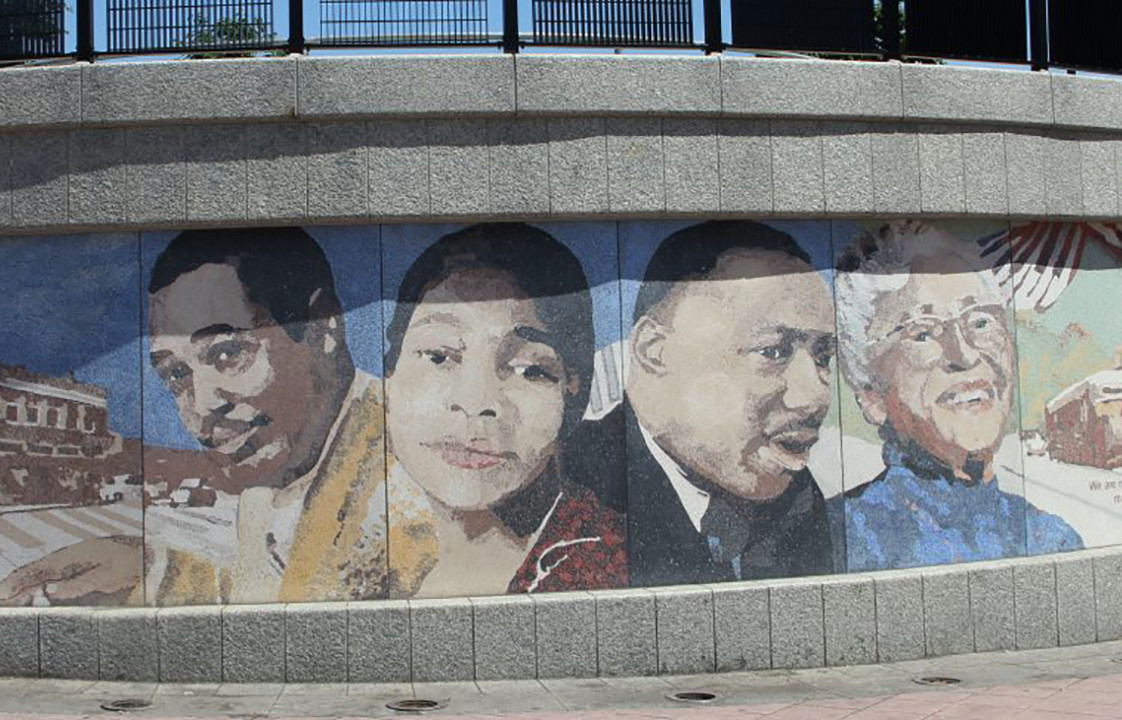 Washington DC -– The DC community will come together to celebrate the revitalization of the H Street NE corridor. The ceremony will culminate with the activation of the water feature that frames the Starburst Intersection mural. It completes the artist’s and city’s vision for the artwork to remind passersby of the change and renewal that characterises the neighbourhood.

Titled “Cornerstones of History,” the stunning 6 x 30 foot long full color concrete mural is a tribute to Dr. Martin Luther King, Jr., Duke Ellington, Rosa Parks and Bessie Smith. Standing as the focal point for the new renovated area at the corners of H Street NE and Benning Rd., it was created by renowned figurative sculptor and highway and bridge aesthetic designer Steven Weitzman for the DC Commission on the Arts & Humanities.

The DCCAH has worked with Weitzman on multiple projects including the bronze statue of Frederick Douglass dedicatedand installed in Emancipation Hall of the United Stated Capitol in a grand unveiling ceremony officiated by Vice President Biden and Speaker John Boehner on June 19, 2013.

Area artist Steven Weitzman designed “Cornerstone of History” as homage to past personalities of the famed neighborhood and was made from FÔTERA® Full Color Concrete Terrazzo. The mural and its water feature will stand for many generations to come as a fitting compliment to an era that helped shape the character and fabric of the District.