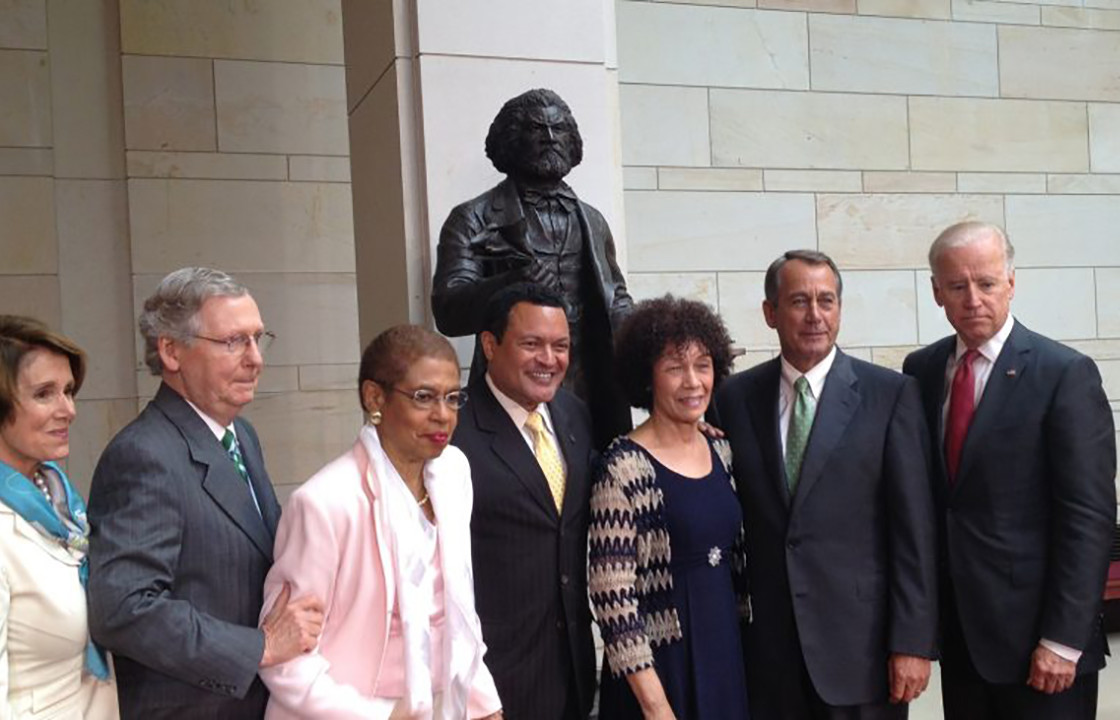 By Associated Press, Published: June 19
WASHINGTON — Vice President Joe Biden on Wednesday used a tribute to 19th-century abolitionist Frederick Douglass to renew the call for equal voting rights for people who live in the nation’s capital.

During a ceremony unveiling a statue of Douglass in the Capitol, Biden hailed Douglass’ work advocating equal justice,and noted that Douglass supported complete voting rights for residents of the District of Columbia, where Douglass once lived.

Although each of the 50 states was allowed two statues of notable citizens in the Capitol, the District of Columbia was not allowed any statue until a measure passed by Congress last year. Residents chose to honor Douglass, whose home near the Anacostia River is a national historic site.
Biden said he and President Barack Obama back Eleanor Holmes Norton, the District’s nonvoting delegate to Congress, in her effort to bring statehood and full voting rights to the city.

House Speaker John Boehner, R-Ohio, called the statue “a fitting tribute to one of the greatest Americans and voices for freedom who ever lived.” House Minority Leader Nancy Pelosi, D-Calif., joined Biden in saying that Douglass initiated a movement that has yet to come to fruition.
“His voice is still being heard,” Pelosi said of Douglass. “We need full representation in the halls of Congress.”

Douglass was born a slave in 1818 in Talbot County, Md. He was a writer who advised President Abraham Lincoln and was a voice for women’s rights as well as those of black Americans. In 1872, Douglass became the first African-American nominated for vice president, and he went on to serve as U.S. consul-general to Haiti. He died in 1895.

In 2007 Maryland artist Steve Weitzman completed the statue, which portrays Douglass in his 50s as an orator and writer. It was commissioned by the DC Commission on the Arts and Humanities.